Vecuronium Errors & How to Mitigate Risk 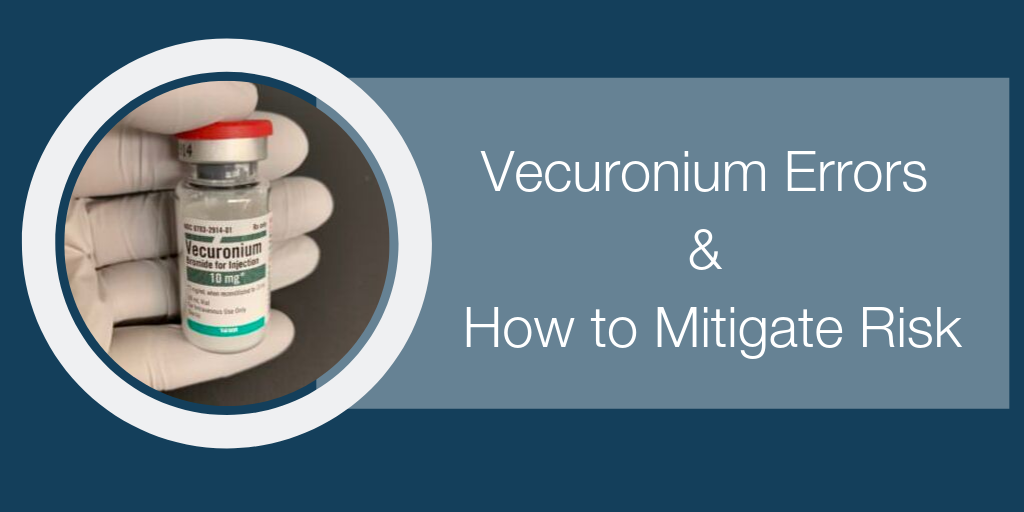 Vecuronium and other neuromuscular blocking agents (NMBAs) can cause catastrophic injury and even death when administered in error. In 2017, a nurse accessed an automated dispensing cabinet (ADC) to retrieve a sedative for a patient about to have a PET scan. Instead of grabbing the 2 mg of Versed (midazolam, Roche), she accidentally grabbed the vecuronium. The vecuronium was administered to the patient which caused them to go into cardiac arrest.

The risks associated with NMBAs should not be taken lightly. There are various root causes which contribute to Vecuronium mix-ups including look-alike packaging and labeling, look-alike drug names, unsafe mnemonics, and unsafe storage.

“The most common type of error with neuromuscular blockers appears to be administration of the wrong drug. A 2009 analysis of 154 events over a 5 year period showed that a neuromuscular blocker was not the intended drug in approximately half of all wrong drug errors. Practitioners thought they were administering a different drug, so patients may not have been supported with mechanical ventilation.

More than 80% of these wrong-drug errors reached the patient, and approximately a quarter resulted in patient harm—a rate significantly higher when compared to less than 1% of events causing harm with all other wrong-drug errors during the same study period. (ISMP)” 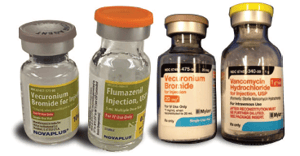 There are also many incidents where look-alike drug names have caused administration errors. For example, a nurse transcribed a verbal order for NARCAN (naloxone), but the pharmacists misunderstood the order and dispensed NORCURON (vecuronium). The nurse trusted the pharmacist and thought that might be the generic, so it was administered.  Many other cases have been reported where these two drugs have been mixed up due to the like sounding names.

On multiple accounts, vecuronium syringes have been mistaken for something else and administered in error. There have also been mix ups with the wrong syringes being stored in the right locations and vice versa.

There have been fatal errors where a knowledge deficit played a role. For example, there was an incident where an ER physician gave a verbal order for vecuronium and midazolam and the nurse administered the drugs without realizing that vecuronium would paralyze the respiratory muscles.

Unsafe storage leaves room for error. Several infants received atracurium instead of the hepatitis B vaccine. One infant sustained permanent injury and another died. The neuromuscular blockers are never stored in the nursery unit, but an anesthesiologist from the OR had placed the atracurium in the nursery refrigerator near look-alike vials.

There are other ways NMBAs get dispensed and administered on accident. Unsafe mnemonics, drug administration after extubation, orders entered wrong into the electronic health system, syringe swaps, reversal agent not available, residual drug in tubing, dose or rate confusion and so on all can lead to vecuronium errors.

Vecuronium and NMBA errors are dangerous and serious adverse events that continue to occur. Although the cases highlighted above vary, most of the extremely harmful errors were caused by choosing a NMBA instead of the drug requested. NMBAs are a strong focus of ISMP Best Practice 7, which intends to promote the safe storage of neuromuscular blockers. Using the primary and secondary recommendations above will help your facility safely order, store, select, prepare, and administer NMBAs.

New technology such as the BD Pyxis™ ES Refrigerator helps mitigate risk of improper NMBA storage. This medical-grade refrigerator provides integrated and secure, single line-item access to high-risk and high-value refrigerated medications such as vecuronium. Learn more about this safe solution at the link below.